Globoid (or Double Enveloping Worm or Hour Glass) gear has advantage versus a traditional worm gear because of increased driving efficiency ( 6-10% higher on 25:1 ratio) and increased loading capacity (about 30%).

The disadvantage of a globoid gear is higher manufacturing cost and sensitivity of the enveloping pinion to the axial location.

Due to the geometrical nature of the tooth geometry Globoid pinion can mesh not only with the mating enveloping gear but also with a correctly designed cylindrical helical gear. Using a helical gear with a Globoid pinion is common in reduced cost in applications such as automotive electric powered gear actuators. The significant cost advantage comes due to the possibility to injection mold the helical plastic gear. The load capacity of the simplified helical/Globoid transmission is reduced to the level below the load capacity of the regular worm gear. However the driving efficiency is still better compare to the regular worm gear.

There are just a few suppliers of the Globoid gear. The most known US supplier of the gears similar to Globoid gear is Cone Drive, division of Textron, located in Traverse City, MI. The detailed information about processes used at Cone Drive for manufacturing of its gear could not be found. However, based on publicly released information it can be understood that the gear is manufactured by CNC milling with use a small ball shaped cutter. The most common use of the Globoid gear set was noticed in 1961-1989 on automotive steering systems in Italy and in Soviet Union. 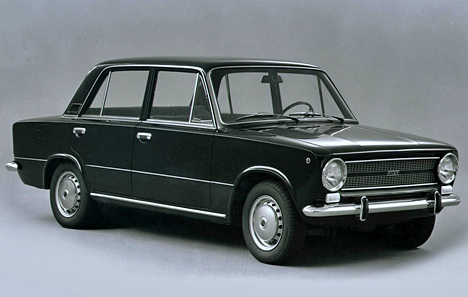 The Globoid pinions have been produced by grinding with a tilting grinding wheel. The Globoid gears have been cut by a special hub, which replicated the shape of the Globoid Pinion. Special machines for producing the cutting hubs have been developed. Because the modern automotive steering systems started to use classic Bishop or advanced ZAKGEAR variable ratio rack and pinion technology, the demand for the Globoid gears has been reduced. ZAKGEAR pioneered in developing of the next generation of Globoid gears. In 1999 ZAKGEAR introduced a skew axis Globoid gear as a high load capacity and increased driving efficiency alternative to the classic Globoid gear.

It has to be noted that the name WORMOID does not relate to any scientific term and it is a product of Dr. Stepan V. Lunin, who was the first in proposing this design and, more importantly, he was the first who produces an accurate working model of the gear in 3-dimantional CAD system. The accurate 3-d CAD of the WORMOID gear has proved the capability of the concept such as conjugated transmission action and significant increase of number of teeth in the contact compare to the classic Globoid gear.

ZAKGEAR is currently offering assistance for design and development of products based on ZAKGEAR wormoid technology.

It has to be noted that wormoid gear design from ZAKGEAR is obviously promising unique advantages compare to the classic Globoid (double enveloping) gear. One of the obvious advantages is increased load capacity due to increased number of the teeth in the mesh. The gear torque is carried by more teeth so the load on each individual tooth is reduced. The other obvious advantage is increase driving efficiency. As one can see, the portion of the pinion with larger diameter is driving the corresponding portion of the gear, which has a larger diameter as well. Such of unique feature of ZAKGEAR wormoid is missing in the classic Globoid gear and results in higher sliding velocities and higher friction drug on the classic globoid gear. An experienced in the art engineer would immediately derive possible design advantages of the wormoid gear. For example, using of the wormoid gear can significantly reduce cost of electric powered assist mechanisms that are commonly used on modern automobiles. Because of the higher driving efficiency, wormoid gear set can be designed with increase ration and provide the same driving efficiency as the original worm or double enveloping worm gear. For example NSK worm gear steering actuator with a ration of about 20:1 delivers about 80% of driving efficiency. The plastic gear would hold about 80 Hm of torque. An alternative wormoid gear design from ZAKGEAR would be capable to increase the ratio up to 30:1 and the torque on the gear up to 150 Hm without increase of the center distance between the gear and the pinion.

An experienced in the art professional would immediately realize the tremendous potential of using ZAKGEAR technology for improvement of the automotive electric powered actuation steering system.

Firstly, with 50% increase of the ration wormoid steering system would allow to use a smaller and lower cost electric motor, which would rotate at 50% higher RPM

Secondly, the cost of the electric controls will be significantly reduces because of 50% higher RPM electric motor would require about 50% lower operating current.

In addition to the improvement of the driving performance and cost reduction ZAKGEAR wormoid steering column design can be more compact in packaging. Because of the skew axis the electric motor can be placed closer to the middle of the steering column.

The other good example of the advantage to use ZAKGEAR methodology is Ultra Globoid Gear development which was conducted in 2001 under a contract with New Venture Gear. While the practical test results of the novel Ultra Globoid Gear design has not been disclosed, ZAKGEAR was the primary supplier of the design and analyses software, which made it possible production and validation of the gear. Picture 9. ZAKGEAR developed a complete software package for simulation of the 3-dimentional model and tooth contact of Ultra Globoid Gear